Further Developments of the Festival 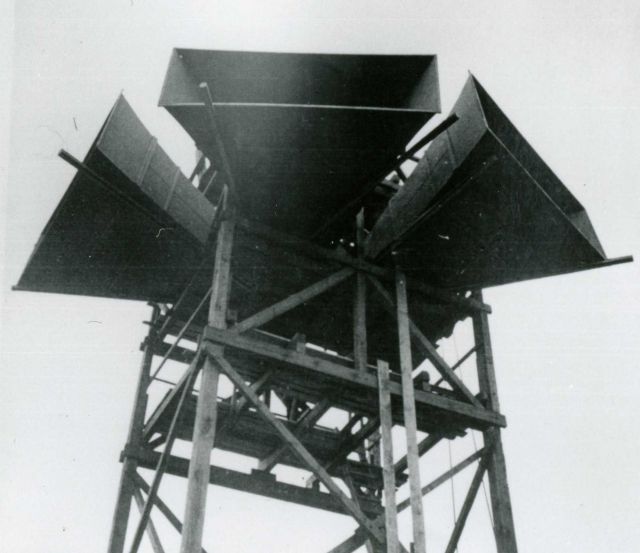 In order to avoid the chaotic circumstances surrounding the participants Abmarsch (march back) to the train stations, in 1934 the rally was brought forward to the afternoon. As of 1935 it took place around midday.

The festival grounds were levelled perfectly over the years and the access roads were improved. The transmission technology improved from year to year, not only at the event itself but also the live transmission on the radio. The programme content was barely changed. Except for the most important item on the agenda, Hitlers´s appearance, only the military performance took up more and more time, ultimately lasting a whole hour.

Modern “mushroom loudspeaker” at the Bückeberg in the manufacturer´s advertisement.

The Reichserntedankfest (Reich Harvest Thanksgiving Festival) took place for the last time in 1937. Organisational preparations were made for 1938 and 1939. It was cancelled at short notice - in 1938 due to the imminent occupation of the Czech Sudetenland and in 1939 because of the attack on Poland.

Like all big NS-mass festivals the Reichserntedankfest was also suspended after the beginning of the Second World War.