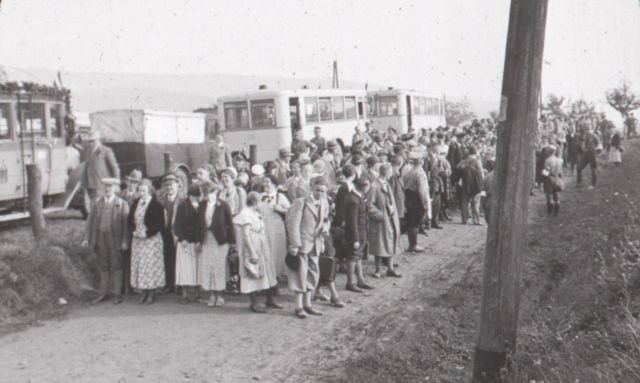 Military formations and expressions characterised the event at the Bückeberg down to the last detail. Singing marching songs, the visitors poured onto the Aufmarschplatz (parade ground) in Marschsäulen (columns of marchers) via the Kolonnenstraßen (patrol roads) from all directions. Marching in Kolonnen (columns) was the most popular and omnipresent form of self-portrayal of the National Socialists. The marching columns radiated camaraderie and decisiveness and animated people to join in. 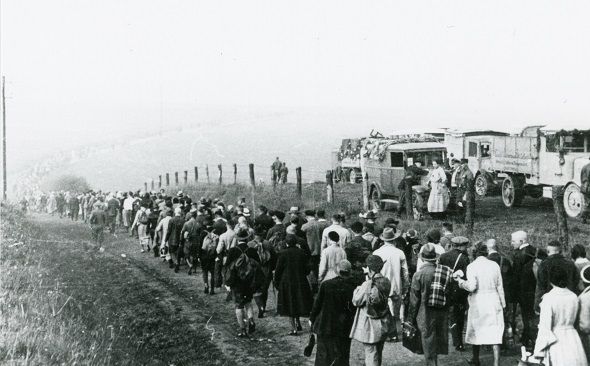 The long stream of civilian visitors on a dirt track next to a large parking area, 1933

The Marschkolonnen (marching columns) went in rows of six from the stations and the parking areas. The proposed marching speed was four kilometres per hour. Groups wearing rural traditional costumes and groups of people wearing uniforms walked between the endless rows of civilian visitors. Even the approach was staged like a military operation.

“The marching of singing columns is … a natural form of movement in which the will of conquering and the confidence of winning of a belief becomes second nature to every individual.”