Who were the visitors?

Picking up on the longings of many, the National Socialists pushed the “Volksgemeinschaft” (National Community) as the solution to all of the Weimar Republic’s political and social differences. In a united community of German Volksgenossen (comrades), all disparity between origin, profession, wealth and education should disappear. Associated slogans such as Gemeinnutz geht vor Eigennutz (common good before self-interest) found wide approval.

“Artfremde” (those not complying with Aryan ideals), for example Jews, however were excluded from this racially justified and defined community.

Of course the propaganda was far from reality. In particular the NS-officials themselves gained the most through this regime. 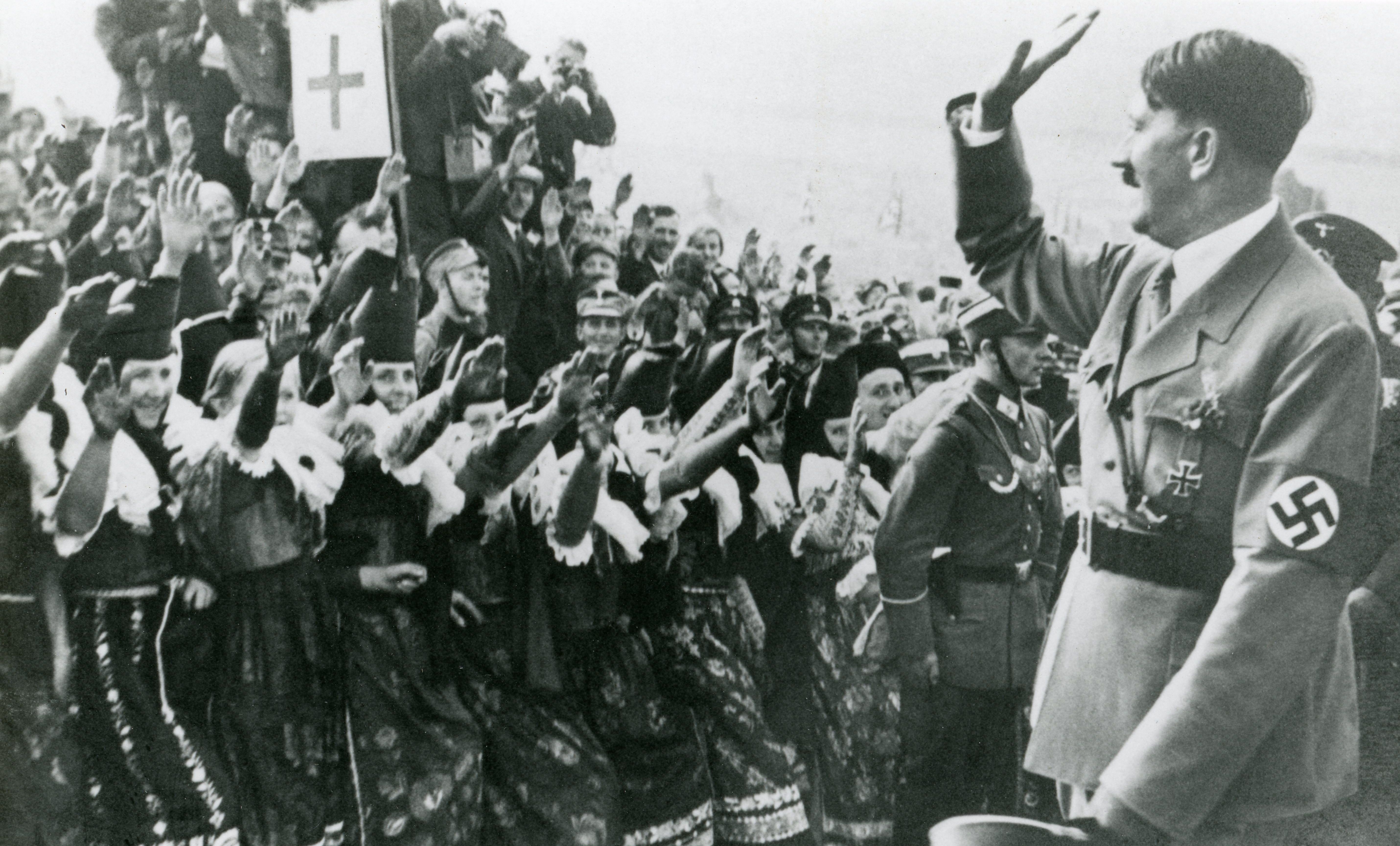 According to Goebbels the Day of the German Farmer should be a festival for the whole nation, the “Volksgemeinschaf” (National Community).People from all social backgrounds should be mobilised.

The traditional costume groups were significantly overrepresented In order to emphasise the idea of an agricultural festival and to highlight the farming community. In reality however, the farmers participating were the minority.

Goebbels´ appeal however was directed at the whole of the population:

“Due to the collaboration of the new national community in town and country, the German Harvest Festival has become the great symbol of new reunification of the whole of the German Nation”.

Cival servants and public employees were freed from service, and were obliged to attend. The majority of the visitors probably came as day visitors from middle sized towns like Minden or Herford, and above all from cities like Hanover and Braunschweig.

In accordance with the staging of a civilian folk festival women and children over 14 years old were explicitly invited to attend. They represented a relative large part of the audience and were a favourite subject of the propaganda pictures. This is where the Reichserntedankfest (Reich Harvest Thanksgiving Festival) clearly differs from other NS-Mass events, where men dominated.

Many women belonged to the uniformed orders of the NS-Frauenschaft (NS-women´s organisation) or the NS-Bundesdeutscher Mädel (NS-youth organisation for girls). 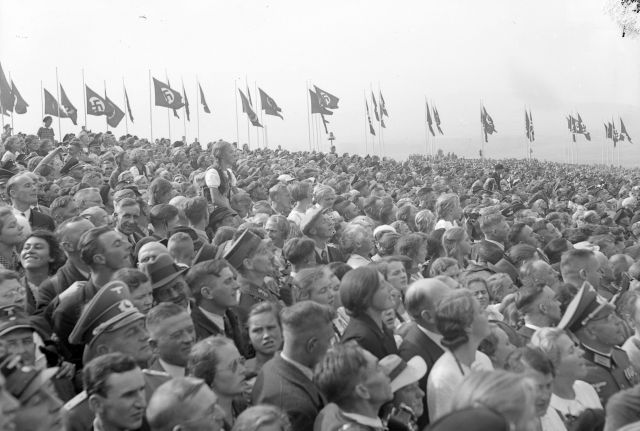 The majority of the participants did not belong to the NSDAP. Neither did party members seem to be over proportionally represented in relation to the entire population. With the event at the Bückeberg the NS-regime managed to mobilise people beyond their own clientele.