The Difficult Path to Heritage Preservation and Active Remembrance. 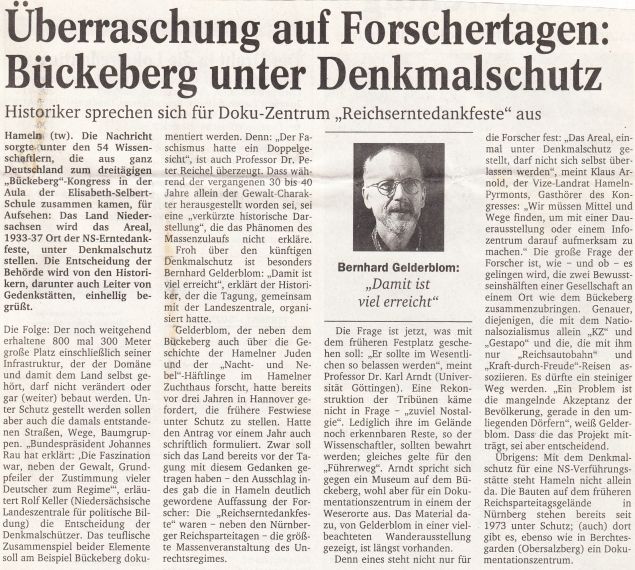 It is due to the patient work over decades of the Hamelin historian Bernhard Gelderblom that the topic Reichserntedankfeste (Reich Harvest Thanksgiving Festivals) has gradually been brought back from oblivion since 1997 and the preservation of the monument has appeared on the agenda.

His exhibition of 1999 which was designed for Hamelin “A people thanks its seducer” was very important. It was exhibited in the State Museum in Braunschweig (2001), in the Obersalzberg Documentation Centre (2007/08) and in the Documentation Centre at the Nuremberg Party Rally Grounds (2009/10) to name but a few.

Although the national meaning of the historical events and the worthiness of viewing the historical site as well as the surrounding infrastructure was undisputed, the entry in the list of preserved monuments was preceded by a difficult debate among the local general public. 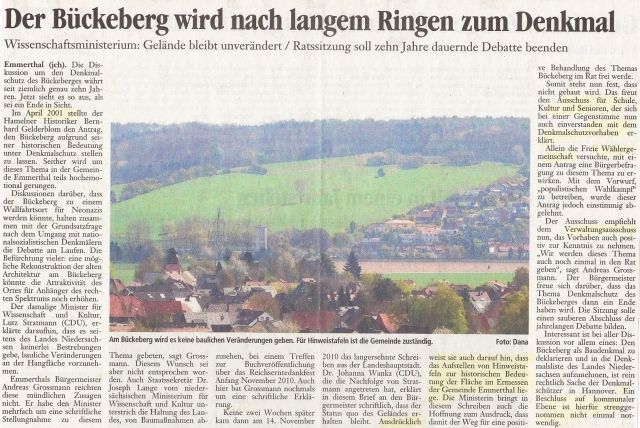 The Lower Saxony Ministry for Science and Culture hesitated for almost ten years in enforcing the preservation order resolutely rejected by the Emmerthal community. The community feared that a preservation order could attract right wing radicals and claimed the rally grounds were urgently needed as building land.

It was only when the Foundation of Lower Saxony Memorial Sites had specifically recommended the preservation of the grounds that the historical site was officially registered as a cultural memorial in the Lower Saxony list of monuments and thus ensured its future existence. 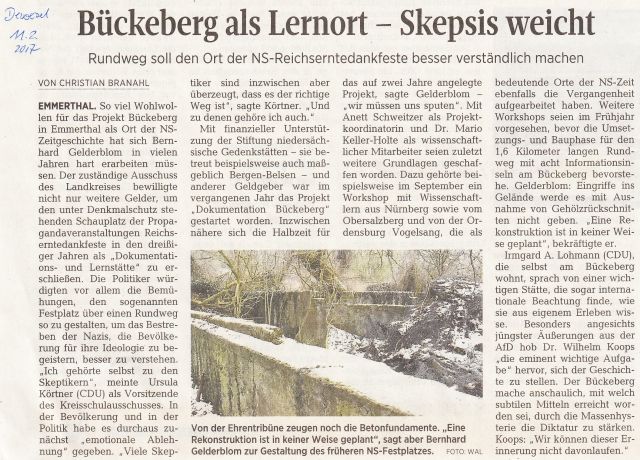 The Emmerthal community has rejected plans to develop the arena to a documentation and educational site for a long time. Since 2015 the administrative head of the Hamelin-Pyrmont district and the parties of the local government have been insistently committed to the installation of a documentation and educational site. In 2016, the Emmerthal community finally agreed.

Since 2016 a concept for a historical-topographic system of information on the Bückeberg is being developed under the authority of the Foundation of Lower Saxony Memorial Sites and the Hamelin-Pyrmont district council.

As of 2018 construction measures should be implemented under the trusteeship of the non-profit body “Documentation Bückeberg”.

Treatment by the Media 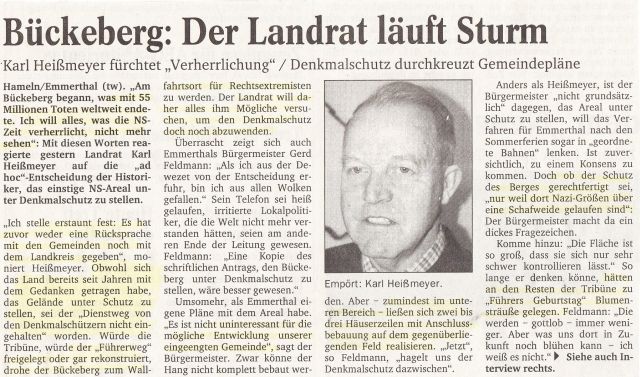