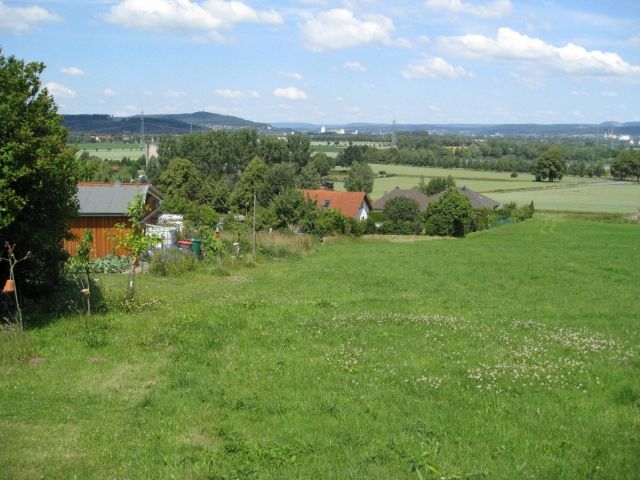 Left: Construction on the historical areal, along the lower area of Bückebergstraße, 2009

When the first family homes were built on the upper area of Bückebergstraße directly on the edge of the grounds in the early 1980s, the Emmerthal inhabitants protested against the development. This type of reservation was no longer heard, when 15 years later in the 1990s, the council allowed the building of residential homes in the lower area on the rally grounds themselves.

As of 1991, Emmerthal council allowed the foundations of the upper stand and the eastern slopes to be planted with bushes and trees. Clearly visible traces of the Festplatz (festival grounds) were obviously supposed to disappear from public awareness. The then mayor of Emmerthal Karl Heißmeyer justified the planting saying that flowers had regularly been placed on the foundations of the stand on Hitler’s birthday. 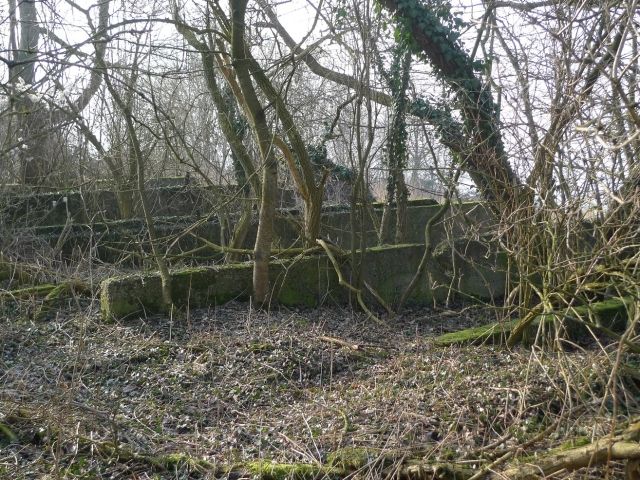 The easily visible foundations of the stand in the leafless season, winter 2011

Consequently, the “landmark” Mittelweg (central pathway) should also have been removed – but this was not tackled in the face of the enormity of the job, admittedly an extremely costly undertaking.

The attempts on site to make the historical area invisible through construction and planting complied with the Lower Saxony State Office for the Preservation of Monuments which had seen no need to place the areal under protection for over 50 years. As a comparison: The Reich party rally grounds in Nuremberg received the status of a “monument” in 1973.