Reception of the Festival

Aerial view of the historical site, 2013

Historical Bückebergstraße is lined by buildings on both sides. The lower three houses are situated on the former rally areal. The areas of thick trees and bushes mark the surface area of the upper stands and the eastern sloping terrain.

Without having asked the local population, the NS regime had spectacularly staged the Reichserntedankfest (Reich Harvest Thanksgiving Festival) at the Bückeberg from 1933 until 1937. However, the communities involved quickly understood the event as a chance for the region.

Those people who excluded themselves from the mass event or who were excluded were a minority and had no voice in the dictatorship.

After 1945 the Reichserntedankfest (Reich harvest thanksgiving festival) was “disposed of” as part of NS history. In the villages which had been party to the Feste (festivals), no efforts were publically made to view the (festivals) and participation in them critically. 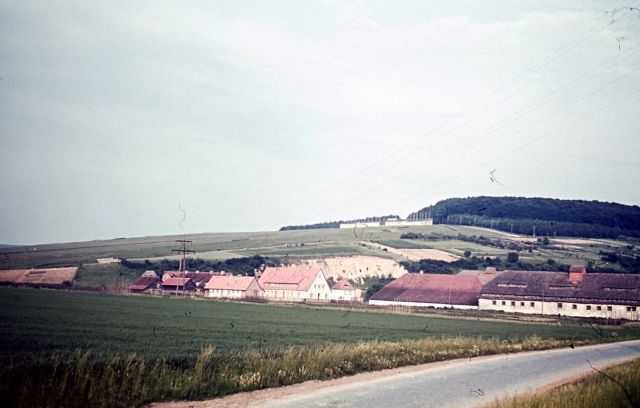 Many people around the Bückeberg played down the NS event and glorified it as a happy people’s festival in their personal memories and did not want to understand that this incantation of the NS-Volksgemeinschaft (community of people) had excluded whole groups of people from participating and increasingly served as psychological preparation for war.

Who would want to criticise the participation of a festival? Ultimately, no murder had been committed at the Bückeberg.