Organisation of the Mass Rallies 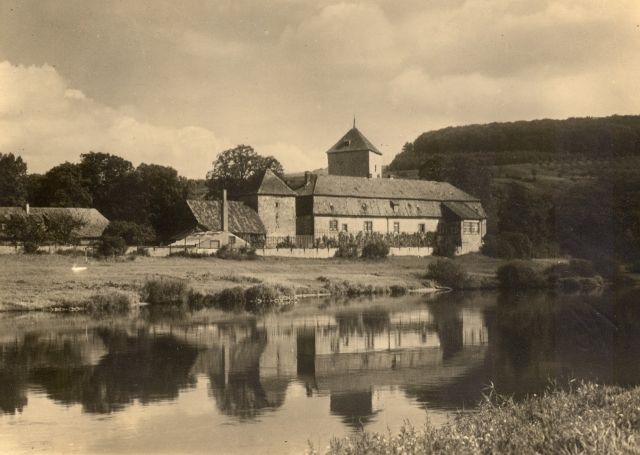 Some months before the day of harvest thanksgiving, the Organisationsleitung (organisation management team) or Aufmarschleitung (parade management team) constituted the Bückeberg. The team comprised personnel from Berlin as well as the district and town administration and it meticulously coordinated the preparations and implementation of the event. It had the authority to issue directives to the local authorities.

At the beginning, the Organisationsleitung (organisation management team) took up quarters at Domänenburg in Hagenohsen and as of 1935 in the Hamelin district administration offices and at barracks at the Bückeberg itself. 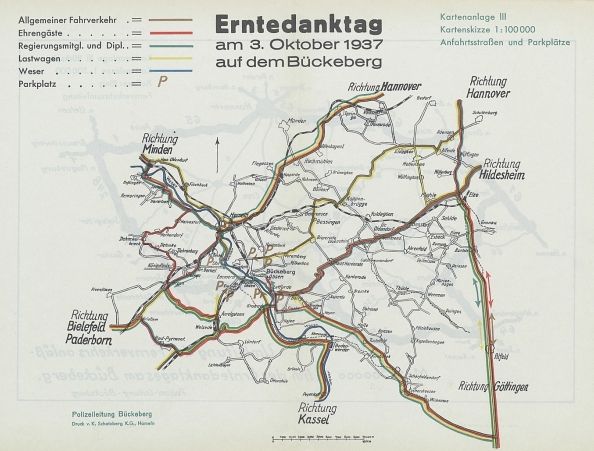 Traffic plan for the “Harvest Thanksgiving Festival” with approach roads and parking areas, 1937

Approach roads were signposted by the organisation management team to divert the ever increasing volume of traffic from further afield (in 1933 more than 10,000 buses and cars). A dense network of police kept the roads under surveillance.

Large parking spaces on harvested fields were signposted three to four kilometres away from the Bückeberg. Pioneers constructed four pontoon bridges across the Weser, one each in Grohnde and Ohr and two in Kirchohsen, for the streams of visitors who came from the west.. 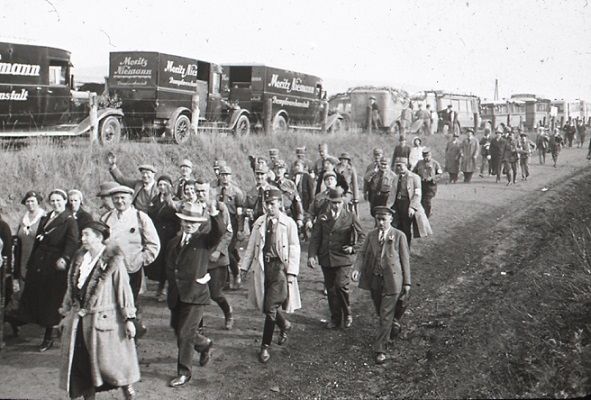 There were designated “waiting areas” at the stations. The arriving masses were sorted into Kolonnen (columns) and sent on their way along the Kolonnenwege (patrol paths) in the direction of the Bückeberg. Police and medical officers were positoned at the stations and on the Kolonnenwege (patrol roads), in the camps, in the parking areas as well as in the villages furthermore firehouses.

Stream of visitors on a pontoon bridge over the Weser (probably at Kirchohsen), 1933

Men in their Sunday best, uniformed SA, men and women in traditional dress or uniform clothing can be seen here.

Safety personnel employed at the Bückeberg – 1936/37 over 3000 police and auxiliary personnel from the SA, SS and NSKK (= Nationalsozialistisches Kraftfahrerkorps – National Socialist Motor Corps) – were mostly detachments from cities such as Hanover, Hamburg or Berlin. Medical staff and firemen came from the local area.

Gestapo headquarters in Berlin were responsible for the protection of Hitler’s motor convoy during arrival and departure. More than 50,000 policemen, SA men and members of other NS organisations were on duty along the approximately 150 km long route. 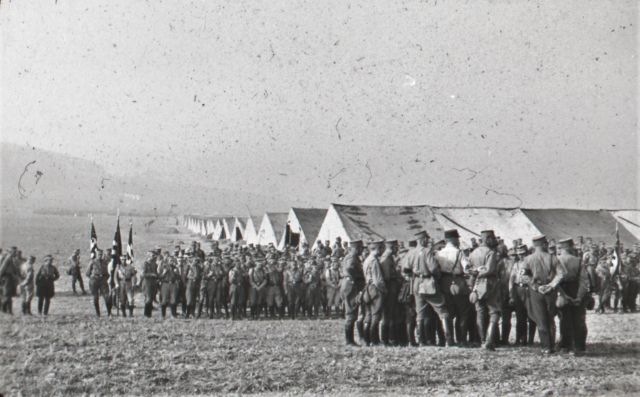 The men had to sleep on straw in the tents.

Visitors from further afield from the Bückeberg were accommodated in large dormitories, which had been installed on tent sites or barns and factory buildings of the surrounding villages including Hamelin. Guest houses and private individuals also offered beds.

The on-site catering was undertaken by the numerous field kitchens of the Hilfszug Bayern (Baverian rescue corps) which the Ministry of Propaganda had created especially for duty at large events. Besides this, hundreds of tradesmen had put up stands or were out and about with vendor‘s trays around their necks.

To the disappointment of the local organisers who had hoped to achieve more sales, the visitors from further afield usually left the following day. 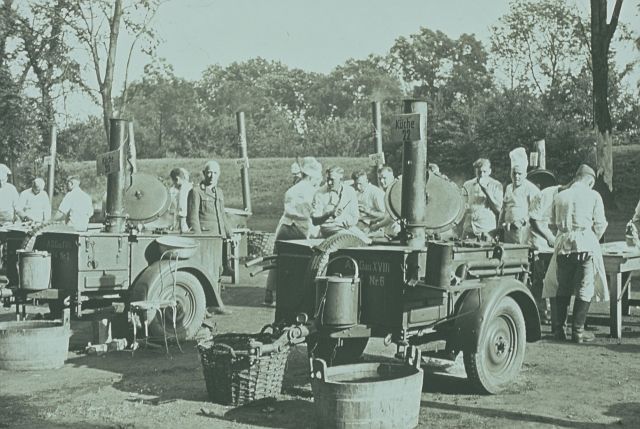