The Case of Emergency: Cancellation of the “Festival” 1938 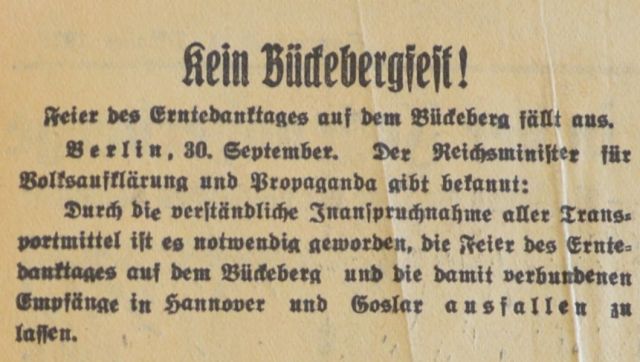 In 1938 normal preparations were being undertaken for the Fest (festival). All of a sudden on 30th September – two days before the planned date – the cancellation was published in the press: Due to “the means of transport being used elsewhere”.

Instead of rolling to Bückeberg with visitors, hundreds of special trains filled with soldiers were rolling in the direction of the Czech border: NS Germany marched into the Czech Republic.

Bückedorf went up in flames “for show” but this was to become horrific reality in almost all of Europe and further afield and ultimately in Germany.