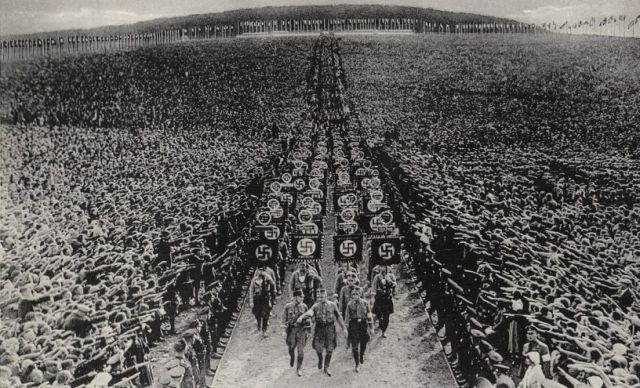 While the audience was waiting for hours on the parade ground for the "Führer", uniformed groups from the SA, SS, Nationalsozialistischem Kraftfahrercorps (National Socialist Motor Corps) and Reichsarbeitsdienst (Reich Labour Service) marched up and down the Mittelweg (central pathway). Marching music played. The aggressive Aufmarsch (parade) evoked memories of the brutal “fight of the SA (storm troopers) for the street” before 1933.

Finally, the party formations took up prominent position. The SA “occupied” the speakers’ rostrum, its approach and the area in front of the Ehretribüne (honorary rostrum). The SS as Hitler‘s body guards formed closed ranks on both sides of the Mittelweg (central pathway). 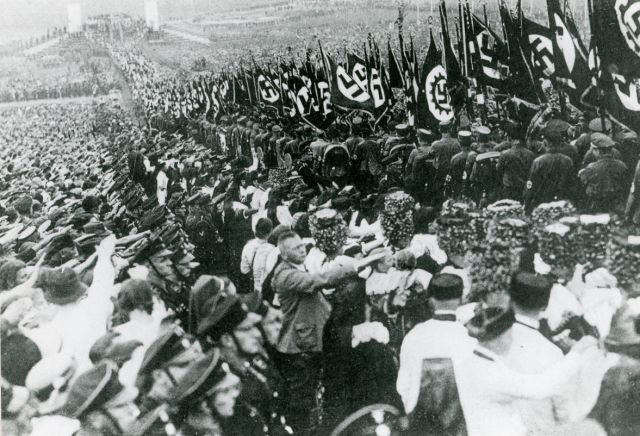 The regular military was also present at theBückeberg. After arriving at the Bückeberg, Hitler inspected the companies of the Wehrmacht (German armed forces) and the Reichsarbeitsdienst (Reich Labour Service) which were positioned at the foot of the arena.